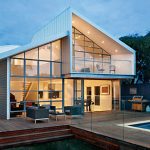 Ontario is proposing banning the practice of double ending, in which a real estate agent represents both a buyer and a seller in a transaction. The province’s Liberal government announced a 16-point housing plan earlier this year, with centrepiece planks of a 15 per cent foreign buyer tax and expanded rent controls. Another plank was reviewing the rules for real estate agents to ensure consumers are fairly represented. The government has now published several proposals for changes to real estate agent rules and penalties, and is seeking public consultation on them. One of the proposals is to ban – with some limited exceptions – agents from representing both the buyer and seller or more than one potential buyer in a trade. “The seller will want the highest possible price and most favourable terms they can get, and the buyer will... View Article 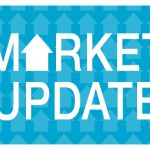 In the Freehold market new listings have eased off nearly 13% from last week down from 401 to 350 this week.  Almost the entire decline in listings occurred in the central core where new listings declined from 196 to 148 which interestingly is on par with the new listings from the same week last year which were 147. Last year was not a year with an abundance of listings so it is interesting to note that we have not seen a flood of properties to the market.  Sales also continued to decline down to 148 from 167 the previous week. The number of properties that sold over their advertised continued to decrease with 52% selling above the listed price. The condo market saw an increase in new listings over last week with 367 new listings coming to market compared to... View Article 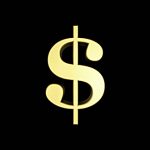 The current period of historically low interest rates might be over before year’s end. A recent surge in full-time employment for Canadians aged 25 to 54 makes it more likely that the Bank of Canada will hike its overnight rate sooner rather than later, suggest two National Bank economists in new commentary. “This is an environment supporting credit growth, consumer spending and the housing market,” National Bank Chief Economist Stefane Marion and his colleague Senior Fixed Income Economist Paul-Andre Pinsonnault write in a note. These employed “prime-aged workers” have the biggest propensity to rack up debt, Marion and Pinsonnault suggest, reducing the need for a rock-bottom overnight rate, which influences the mortgage market. The National Bank commentary also nodded towards increasing confidence among small businesses in Canada. The Canadian Federation of Independent Business (CFIB) Business Barometer, which gauges its members’... View Article 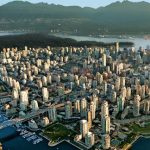 What to expect from Vancouver real estate in the coming months

British Columbia’s foreign-homebuyer tax for Metro Vancouver was no panacea for massive price gains in the red-hot housing market, experts suggest. “If it was damaging to begin with we would see significant drops in the prices of these homes,” Aaron Chen, president of local brokerage AISA Real Estate Services, tells BuzzBuzzNews. “What it really did was to cause a lot of investors or homebuyers to step on the sideline, to see if the prices come down or not,” he adds. Last year in July, Greater Vancouver home prices saw a 30-plus per cent year-over-year increase compared to 2015. But when the tax was introduced in early August 2016, monthly price gains began waning, suggesting the tax was having a cooling effect on the market, at the time Canada’s hottest. In fact, according to BMO Economics prices declined 4 per cent... View Article