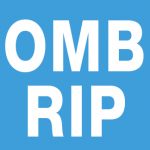 The Ontario government has announced a major proposed change to the way development disputes between builders, municipalities and communities are settled throughout the province. The provincial government says it is tabling new legislation to replace the Ontario Municipal Board with what is being billed as the Local Planning Appeal Tribunal. “If our reforms pass there would be fewer and shorter hearings, and a more efficient decision-making process — there would be more deference for more local-land-use planning decisions,” said Bill Mauro, Ontario’s municipal affairs minister, The Globe and Mail reports. The OMB currently makes decisions on appeals concerning planning issues including zoning bylaws and official city plans. Critics of the quasi-judicial tribunal suggest it too frequently sides with developers, overturning decisions made by local planning departments and neglecting the interests of the communities they serve. Toronto Councillor Josh Matlow is... View Article 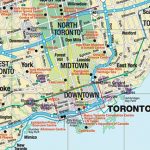 April was an interesting time to be a housing market observer in the GTA. Just as many had speculated, provincial government introduced a bevy of new measures aimed at stabilizing segments of the Ontario residential real estate market that it believes are overheating. In total, 16 measures were introduced by the Wynne government under its Fair Housing Plan. Panned by some and lauded by others, it’s unclear if the plan will have the desired impact, especially with some questioning the efficacy of the critical Greater Golden Horseshoe foreign-buyer tax component. Today the Toronto Real Estate Board (TREB) released its April 2017 report on the GTA market. Anyone expecting the data to reveal any seismic shifts in the market spurred by the Fair Housing Plan will be disappointed. Staggering price increases are still the big story here. Then again, it’s only... View Article