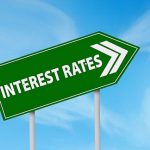 Two top economists recently came to the same conclusion about what it would take to cool off Toronto’s blazing housing market. It wasn’t imposing a foreign-buyer tax, as some observers have called for. Nor was it a Vancouver-style vacant-home tax, the likes of which Toronto Mayor John Tory is reportedly mulling, or increasing supply. No, both National Bank Chief Economist Stefane Marion and BMO Senior Economist Robert Kavcic suggest higher interest rates can take the steam out of Toronto home prices, which have rapidly appreciated to the point where a detached home in the city cost $1,561,780 on average in March, according to the Toronto Real Estate Board (TREB). “It was [Bank of Canada] rates hikes that ultimately broke the late-80s run, and (fully understanding rate hikes are not local) a 4% 5-year fixed rate would quickly do to Toronto... View Article