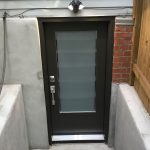 Pay now or pay later. It costs a pretty penny to own property!

Recently I had new steps installed and a new back door. The reason for this was the age of the steps and the age of the door. The back door needed to be slammed hard to shut the door. The steps and the door cost me just over $10,000. Wherever we live there are on going to be costs associated with up keeping a building. I’ve heard a number of times from my clients that condo fees are for what? Well, in a properly managed building they are for the day to day functioning of the building. These funds are also for the future when the building will need new windows, a new lobby, etc… When I was condo board president I remember the cost of our security which at that time was over $250,000 a year! That’s a chunk... View Article 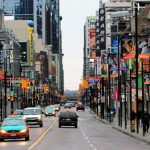 Yonge Street South from Bloor to Gerrard is on a future path with a wrecking ball and from the ashes will arise giant glass condos! There are some amazing buildings on Yonge street that date back to when Toronto was first put on the map. I’m happy to say that most of these buildings will survive. If you remember all the ugly late 50’s-early 60’s buildings along Yonge Street well worry no longer these eye sores will be disappearing soon. It’s amazing to see how many decades it’s taken to watch Yonge Street change. It’s our most important Street in Toronto and probably the best known street in Canada. From sad to fab Yonge is changing for the better.   First image is Yonge between Alexander and Wood Second image is Yonge at Wellesley Third image is Yonge at Gerrard... View Article 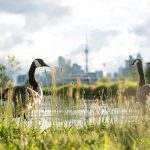 Getting off the fence for detached homes!

August was a good month for detached homes! A 12.3% increase in sales over last year and prices have climbed 4.9% for the 416. All those detached homes buyers who were sitting on the fence decided to jump off and get into a home. Toronto Real Estate board president Gary Bhaura sums it up best: “It is encouraging to see a continued resurgence in the demand for ownership housing. Many home buyers who had initially moved to the sidelines due to the Ontario Fair Housing Plan and new mortgage lending guidelines have renewed their search for a home and are getting deals done much more so than last year. In a region where the economy remains strong and the population continues to grow, ownership housing remains a solid long-term investment.” 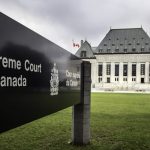 The recent decision by the Supreme Court of Canada to make the sale price of homes public has stirred feelings of glee and annoyance. My view is, “What’s the big deal?!” I think it’s good for consumers to have access to this information. But!, Yes, there is a “But!” If you don’t understand why a house sold for the price it sold for, these sold prices really don’t mean a lot, except that they create a false sense of knowledge.  Here’s an example: A house sold down the street from you for $1 million. Your house is the same build. Or is it? Well, both are a 3 bedroom, 2 storey freehold home. So, your house must be worth $1 million! Right? Well, maybe not. Your basement isn’t finished, and you only have 2 bathrooms – not 3 bathrooms. The... View Article