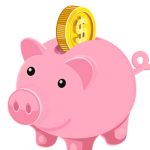 A Toronto-based mortgage agent has seen more parents taking equity out of their own homes lately to help their children achieve their otherwise elusive dreams of homeownership. “I think it’s increasing because, frankly, the price of real estate is just becoming virtually impossible for first-time buyers to tap into the market,” says Elan Weintraub, a director and mortgage agent with the brokerage Mortgage Outlet. Last month, detached homes in the Greater Toronto Area sold for an average of $1,068,670 and condos went for $442,598, according to the Toronto Real Estate Board. Those are year-over-year increases of 26.3 per cent and 14.5 per cent, respectively. Weintraub gives a hypothetical example that illustrates the way he’s seen some parents give their kids a leg up in an exhorbitantly expensive market. He describes a 50-year-old with $100,000 left to pay off towards their mortgage... View Article 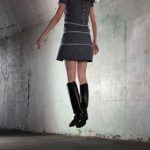 Stay Grounded! Know What You Can Afford

When you are involved in buying a property and there are multiple offers, it’s best to keep your feet planted on the ground because the bank may say “no deal”! This does happen, especially now in the US, where banks were badly burned in the bubble of 2006–2007. Back in those crazy days, wildly inflated home appraisal values were routinely submitted to the banks, so that virtually any breathing applicant would qualify for a mortgage. The consequences were disastrous. But even in normal, stable markets like Canada’s, a large asking-selling discrepancy could spell trouble for the purchaser. Since institutional lenders (banks) lend a percentage of the appraised value of the home, a low appraisal can make it hard or impossible for the purchaser to put together the financing. Assume you buy a home for $400,000 and put 20 per cent ($80,000) down. You need... View Article