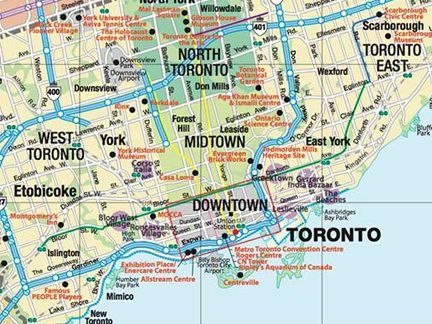 April was an interesting time to be a housing market observer in the GTA. Just as many had speculated, provincial government introduced a bevy of new measures aimed at stabilizing segments of the Ontario residential real estate market that it believes are overheating.

In total, 16 measures were introduced by the Wynne government under its Fair Housing Plan. Panned by some and lauded by others, it’s unclear if the plan will have the desired impact, especially with some questioning the efficacy of the critical Greater Golden Horseshoe foreign-buyer tax component.

Today the Toronto Real Estate Board (TREB) released its April 2017 report on the GTA market. Anyone expecting the data to reveal any seismic shifts in the market spurred by the Fair Housing Plan will be disappointed. Staggering price increases are still the big story here.

Then again, it’s only been slightly more than a week since Premier Wynne made the announcement and, for its part, TREB says it’s still too early to tell if the measures have had an impact. However, in the TREB data, there do appear to be some important changes occurring in the market that observers will want to keep an eye on. Find out more below.

1. Total home sales for the area TREB covers were down year-over-over in April. Home sales numbered 11,630, down 3.2 per cent versus April 2016. There’s an important caveat though.

5. Why were so many more homes listed this April? TREB says it’s too early to tell if it was a result of sellers reacting to strong price growth observed over the past year, or if some were influenced by the Ontario Fair Housing Plan introduced by the Wynne government on April 20th.

6. The MLS Home Price Index continued to soar on a year-over-year basis. The index tracking all home types across the entire TREB area rose 31.7 per cent over April 2016. The regions that saw the largest HPI increases were South Simcoe County (38 per cent), Durham Region (36 per cent) and York Region (34 per cent).

9. Condos were the only property type that saw sales increase year-over-year in April. This was true in both the 416 and 905 regions. There were a total of 3,013 condos sold during the month, up 7.7 per cent from the year before.